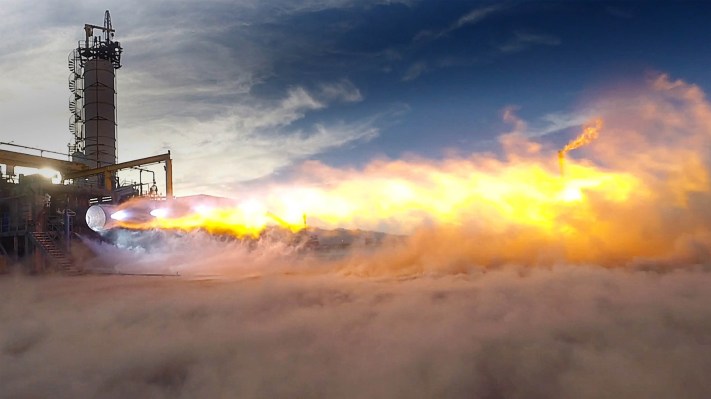 Blue Originis opening its new rocket engine production center in Huntsville, Alabama on Monday, the company said today on Twitter. The new Huntsville facility will be able to produce its rocket engines at a much higher rate than is currently possible, which will be useful as the company is using its in-development BE-4 engine for its own New Glenn rocket, as well as for supplying the United Launch Alliance with thrust for its new Vulcan launch vehicle.

Blue Originstarted working on BE-4 bacon 2011, and though it was originally designed for use specifically on Blue Origin’s own New Glenn rocket, which is its first orbital launch vehicle, in 2014 ULA announced it would be using the engines to power its own next-generation Vulcan craft as well. BE-4 has 550,000 lbs of thrust using a mixture of liquid natural gas and oxygen for fuel, and is designed from the ground-up for heavy lift capability.

Blue Origin says it will delivery the first two production BE-4 engines this year, with deliveries to ULA to integrate them on the Vulcan for its first static hot fire tests. Blue also aims to fly New Glenn equipped with the engines for their first test flight in 2021. It’s in the process of running longer tests to prove out the engines, and will aim to quality them in their entirely through life cycle testing, which aims to replicate the kind of stress and operating conditions the hardware will undergo through its actual lifetime use.

Part of Blue Origin’s testing process will include retrofitting and upgrading Test Stand 4670 at NASA’s Marshall Space Flight Center, allowing the company to test a BE-3 engine one side and a BE-4 engine on the other.

It’s an exciting time for Blue and its BE-4, and the engine has been a long time in the making. What comes next could set it up as an integral and core part of the U.S. space launch program going forward, regardless of how its own launch vehicle plans proceed.